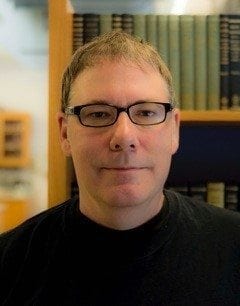 Tom Lectka graduated from Oberlin College with highest honors in Chemistry (B.A.) in 1985. He received his Ph.D. from Cornell University in 1990 (study with Professor John McMurry) whereupon he was an ACS Organic Division Fellow. He performed postdoctoral studies as an Alexander von Humboldt Fellow at Heidelberg (1991, study with Rolf Gleiter), and as an NIH Fellow at Harvard University (1992-1994, study with Professor David Evans). He joined the faculty of the Chemistry Department of Johns Hopkins in 1994, and was promoted to the Jean and Norman Scowe Professorship in 2012. He has been the recipient of an NIH First Award, an NSF Career Award, an Eli Lilly Grantee Award, a Sloan Fellowship, a Dreyfus-Teacher-Scholar Award, a John Simon Guggenheim Memorial Fellowship, and he was honored as the ACS Maryland Chemist of the Year in 2017.

Along with brand new reactions, we also seek to make brand new species never seen before in nature, but that possess unusual or unanticipated properties; our recent synthesis of the first fluoronium ion in solution (as predicted by DFT theory) is a case in point.