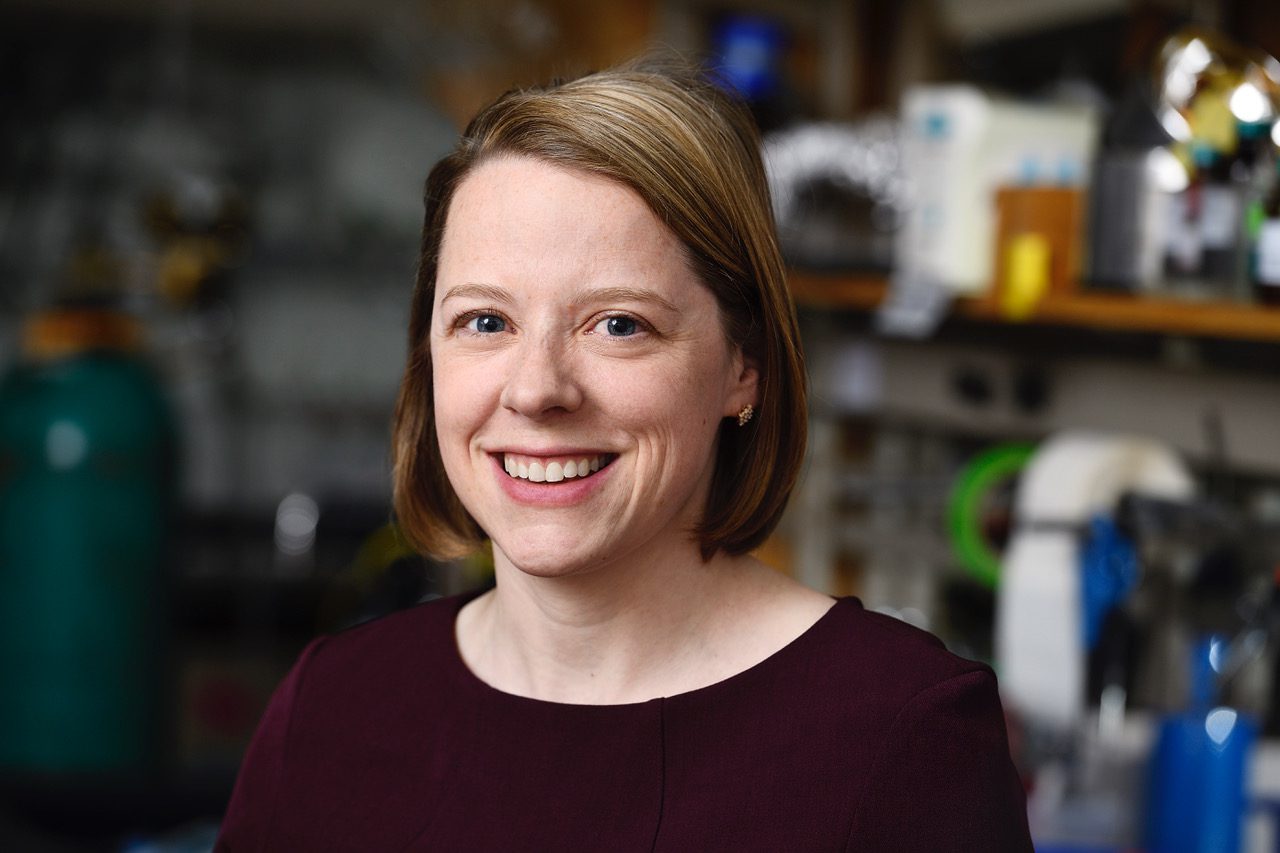 Rebekka S. Klausen, Ph.D., joined the Johns Hopkins Department of Chemistry as an assistant professor in 2013. In 2019, she was named the Second Decade Society Associate Professor. Her innovative research program in polymer chemistry and synthesis has resulted in more than 25 peer-reviewed manuscripts, one book chapter, and two patents. Rebekka has been recognized with numerous awards, including the Department of Energy Early Career Award (2015), the Sloan Research Fellowship (2017), the Marion Milligan Mason Award for Women in the Chemical Sciences (2017), the JHU Catalyst Award (2017), the National Science Foundation CAREER Award (2018) and the American Chemical Society Award in Pure Chemistry (2021). She was most recently named a finalist for the Blavatnik National Award for Young Scientists (2021).

Rebekka is a native of Brookline, Mass. and received her B. S. degree in Biochemistry from Boston College in 2005. From 2005-2011, she carried out her graduate studies in organic synthesis under the supervision of Professor Eric N. Jacobsen (Harvard University, Department of Chemistry and Chemical Biology). In 2011, Rebekka moved to New York to complete postdoctoral research in single molecule electronics with Professor Colin Nuckolls (Columbia University, Department of Chemistry).

The unifying theme of research in the Klausen Research Group is the application of rational organic synthesis to advance the frontiers of materials science.

Through the atomic-level control provided by bottom-up synthesis, we precisely determine and control materials properties. In particular, we focus on carbon and silicon-based materials. Crystalline silicon, the preeminent solid state semiconductor, powers defining modern technologies like integrated circuits and solar cells. Inspired by the structure and properties of Group IV and III-V electronic materials, like silicon, graphene, and h-BN, we explore the synthetic chemistry and materials properties of carbon and silicon molecules, polymers, and other nanomaterials.