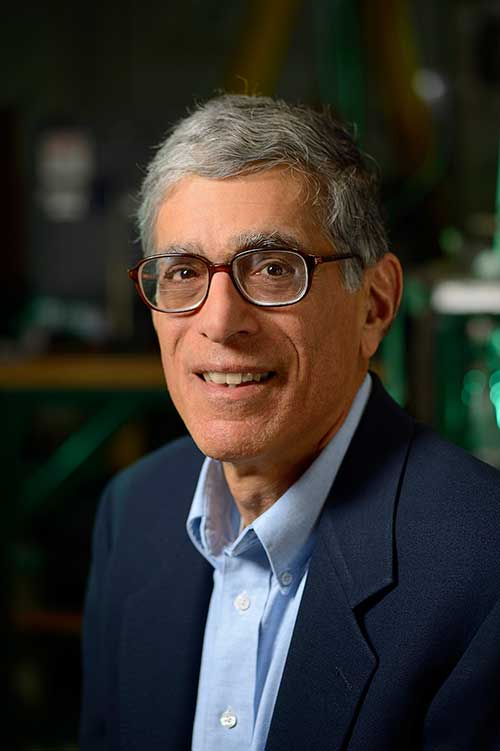 Paul J. Dagdigian received his undergraduate education at Haverford College and did his Ph. D. dissertation research in physical chemistry at the University of Chicago under the direction of Professor Lennard Wharton.  This was followed by two years of postdoctoral research with Professor Richard Zare at Columbia University.  It was in Zare's laboratory that he first used lasers in his research.  He began his academic career in 1974 at the Department of Chemistry at Hopkins, where he is currently Arthur D. Chambers Professor of Chemistry.  He served as chair of the department from 1998 to 2005.  He was an Alfred P. Sloan Fellow and a Camille and Henry Dreyfus Teacher-Scholar.  He is a Fellow of the American Physical Society and served for two years as Chair of the Division of Chemical Physics.  In 2007, the Maryland Section of the American Chemical Society designated Dagdigian as the Maryland Chemist of the Year.

Dagdigian’s research is concerned primarily with the molecular dynamics of gas-phase collisional phenomena.  The theme of this work has to gain an understanding of the potential energy surfaces of interaction and their effect on the motion of the nuclei.  This work includes the study of chemical reactions and non-reactive energy transfer processes, particularly those involving small molecular free radicals.

Professor Dagdigian has employed various laser spectroscopic techniques for the study of the dynamics of gas-phase collisional processes and for the sensitive detection of trace concentrations of molecules such as explosives.  Areas of research interest include the study of the dynamics of molecular collisional processes, including rotational and vibrational energy transfer, photodissociation, and chemical reactions, involving diatomic and small polyatomic free radicals.

Chemistry in many environments, including combustion, is mediated by small molecular free radicals.  Knowledge of the chemical kinetics and relaxation pathways in conditions far from equilibrium depends critically on our ability to model accurately inelastic and reactive collisions involving radicals.  Dagdigian’s group has been employing both experimental and theoretical approaches to gain a detailed understanding of such processes.

Our group has employed laser spectroscopy to prepare and probe specific quantum states (ro-vibrational levels) of molecules for the study of the dynamics of gas-phase collisional processes.  It is also important to be able to compute rate constants for state-to-state rate constants since these cannot always be measured for the conditions of interest.  Our group has been employing state-of-the art quantum chemistry methods to compute the potential energies of interaction and have used these in quantum scattering calculations of the relevant cross sections and rate constants of a variety of collisional processes.

Dagdigian’s group has also explored the use of several laser spectroscopic techniques, including cavity ring-down spectroscopy (CRDS) and laser-induced breakdown spectroscopy (LIBS), for the trace detection of explosives.   For the latter technique, we have worked to develop an understanding of the chemical and physical processes which lead to the observed optical emission from laser-induced plasmas.

Professor Dagdigian has been regularly teaching the second semester of Introductory Chemistry (030.102).  Topics covered in this course include electrochemistry, kinetics, transition metal compounds, and a brief introduction to solids.  A major portion of the course is devoted to a presentation of modern chemical bonding theory and application to small molecules and transition metal coordination complexes.  Several years ago, he and Teaching Professor Louise Pasternack obtained funding from the Gateway Science program to expand the PILOT peer-led team learning program to Chemistry.

Professor Dagdigian has also been teaching a upper-level undergraduate/graduate course on Spectroscopy (030.451).  In this course, the basic concepts of quantum mechanics, as illustrated in the second semester of Physical Chemistry, are employed to understand the spectra of atoms and small molecules.