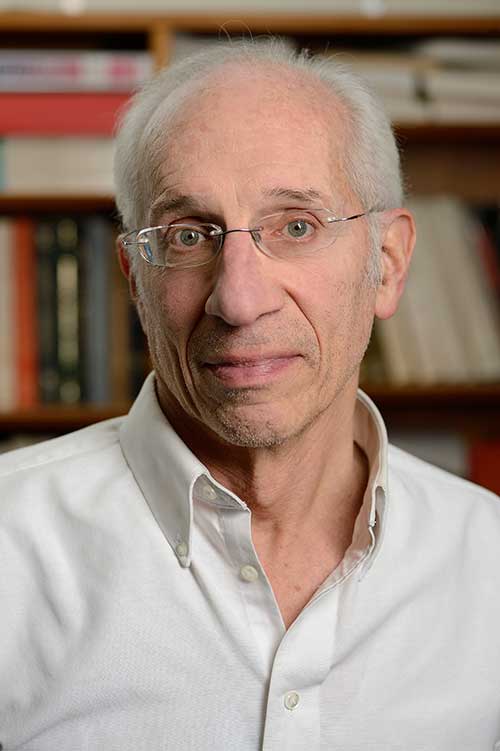 David R. Yarkony was born in New York City. He graduated from State University of New York at Stony Brook, with a Bachelor of Arts  in chemistry, summa cum laude, in 1971.  He received his Ph. D. in chemistry from the University of California at Berkeley in 1975, with H. F. Schaefer III and after two years at the Massachusetts Institute of Technology working with Robert J. Silbey on temperature effects on excitons and exciton transport, he joined the faculty at Johns Hopkins University in 1977.  He was promoted to full professor in 1984 and is currently the D. Mead Johnson Professor of Chemistry.

Professor Yarkony has been interested in nonadiabatic chemistry since 1985 when he, in collaboration with Byron Lengsfield and Paul Saxe, reported to a unique algorithm for determining the first derivative or momentum coupling for multireference configuration interactions wave function using analytic gradient techniques.  This lead Yarkony, in the 1990's to develop algorithms to locate and characterize conical intersections of states of the same symmetry.  These algorithms have shaped his career as he and several other groups have demonstrated that such conical intersections are ubiquitous and must be considered in any ultrafast nonadiabatic process.

More recently Yarkony has turned his attention to the effects of conical intersections on photoelectron spectra and photodissociation.  Here a key issue is the accuracy of the adiabatic electronic structure data, energies, energy gradients and derivative couplings, used in the simulations.  Yarkony, with Michael Schuurman (bound molecules) and Xiaolei Zhu (dissociative species) have developed algorithms to construct accurate quasi-diabatic representation of high level electronic structure data.  These algorithms are having a major impact on the accuracy with which nonadiabatic processes can be simulated.

We are interested in electronically nonadiabatic processes, processes in which the Born-Oppenheimer approximation fails and a molecular wave function can transition radiationlessly between potential energy surfaces. Although the Born-Oppenheimer approximation is fundamental to the way we think about and quantify virtually all of chemistry, its breakdown, rather than a rare event is quite common. This is a consequence of  the existence of conical intersections.  Once ignored as a arcane theoretical concept, work in my laboratory  (and others of course) over the last quarter century, has shown that far from a theoretical novelty,  conical intersections are ubiquitous, acting as funnels to promote ultra-fast radiative decay from electronically  excited states. Since electronically excited states are routinely formed when visible and higher energy photons are absorbed, nonadiabatic processes are of fundamental importance in such diverse areas as vision, photosynthesis, solar energy conversion, photochemistry and the stability of biomolecules, including DNA bases.

Recently unexpected computational results have lead us to revisit the effects of conical intersections on what has traditionally been thought of  as the domain of single state Born-Oppenheimer dynamics.   To our surprise we  have found that, another previously arcane theoretical  concept, the Molecular Aharonov Bohm effect, may  impact low energy “adiabatic” dissociative dynamics to  a much greater extent than previously imagined possible.  New tools are being developed to study this question.  Stay tuned!

Editoro: At this level there should be Figures which point to downloadable data  - how do I make that happen

This is important for data management required to earn US gov't funding.