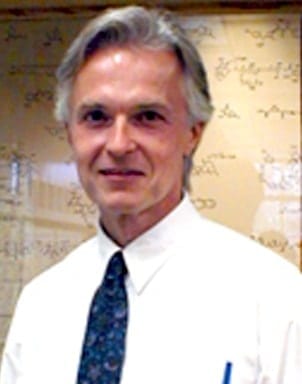 Craig A. Townsend is the Alsoph H. Corwin Professor of Chemistry and holds joint appointments in the Departments of Biology and Biophysics and affiliations and collaborations in the Johns Hopkins School of Medicine. His research interests are in the chemistry of natural products and the interface of organic chemistry, biology and medicine: stereochemical and mechanistic studies of principal biosynthetic enzymes and their engineering/directed evolution for synthetic ends; chemoenzymatic synthesis; enzymology and molecular biology of polyketides and beta-lactam antibiotics; drug design and clinical applications against antibiotic-resistant bacteria, tuberculosis and malaria; structural studies of biosynthetic enzymes. Professor Townsend has been a Research Fellow of the A. P. Sloan Foundation, a Camille and Henry Dreyfus Teacher-Scholar; he has received the Maryland Chemist of the Year award, an Arthur C. Cope Scholar Award and the A. I. Scott Medal from the American Chemical Society, and the Stuart Pharmaceuticals (now Astra Zeneca) Award in Chemistry. He has served on NIH Study Sections as a regular and ad hoc member, and is on the Editorial Boards for Cell Chemical Biology and Helvetica Chimica Acta. He was co-chairman and cofounder of the Bioorganic Chemistry Gordon Conference and has served as an at-large member on the governing Council of the Gordon Research Conferences. He has advised the Office of Technology Assessment, the American Chemical Society and the National Institutes of Health, and he has served as a consultant for large and small pharma.

The research problems in my group range from the heart of organic chemistry to the enzymology and molecular biology of secondary metabolism, mechanisms of drug action and rational drug design. Some specific examples are briefly summarized below.

Every year a portion of the U.S. corn crop is infected with aflatoxins, a family of potent mycotoxins produced by certain strains of the fungus Aspergillus. In our investigations of this and other fungal toxins great strides have been taken toward making available the key biosynthetic enzymes for more detailed study. Prominent among these are non-reducing Type I iterative polyketide synthases (NR-PKS), a group of polyfunctional proteins of great interest for their synthetic power and biotechnological potential. In the last few years our lab has played a major role in mechanistic and structural understanding of this family of proteins. Two previously unrecognized catalytic domains were identified and dissection and reconstitution ("deconstruction") experiments have allowed the coordinated roles of all six catalytic domains to be deduced. In conjunction with continuing structural studies, we have demonstrated in domain combinatorial experiments the ability to prepare “un-natural” products and deduced the “rules” of iterative synthesis that make predictable synthesis possible.

The mechanism of ß-lactam formation is central to the question of how penicillin and related antibiotics are formed. We have cloned the gene clusters that encode the enzymes of these biosynthetic pathways, which have opened the way for detailed investigations of their catalytic properties and structures. Of particular interest are the proteins such as ß-lactam synthetase, active in clavulanic acid formation yet entirely distinct from penicillin biosynthesis.  Related proteins have been found to be active in carbapenem biosynthesis. X-ray structures and detailed mechanistic enzymology of both enzymes have opened the way to protein engineering and directed evolution experiments to capture the synthetic power and chiral selection of these enzymes to accept alternate substrates and produce other medicinally-useful products. Important progress has been made recently in applications to clinically important carbapenems. Separately we have isolated a pair of non-ribosomal polypeptide synthetases (NRPS) from the nocardicin A producer. A new mechanism of b-lactam formation has been discovered and yet another previously unappreciated NRPS mode of catalysis appears to be acting in monobactam biosynthesis.

In addition, collaborative programs are underway with groups in the Schools of Medicine and Public Health in mycobacterial infections as, for example, tuberculosis, and separately malaria. The former problem is centered on the discovery relatively recently of a previously unrecognized mechanism of bacterial cell wall cross-linking analogous to the step inhibited by penicillin and other b-lactam antibiotics but carried out by a family of evolutionarily and structurally distinct enzymes. This multi-group project involves in my laboratory structure-based drug design driven by X-ray structures of these enzymes with a select few inhibitors bound. The malaria project involves the isolation, purification and structural characterization of anti-malarial natural products from the microbiome of a non-transmitting mosquito. This project has the potential to lead to new field procedures to combat mosquito-borne disease transmission and/or direct human therapy.