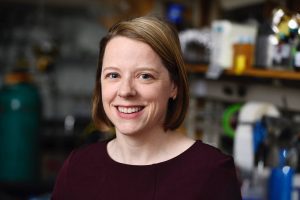 Prof. Rebekka Klausen is named one of two recipients of the 2022 ACS Macro Letters/Biomacromolecules/Macromolecules Young Investigator Award. This award recognizes individuals early in their careers who have made a major impact on the field of polymer science. This award is administered and supported by the POLY division of the ACS and the following journals of ACS Publications: ACS Macro Letters, Biomacromolecules, and Macromolecules. Dr. Klausen will receive the award at the August 2022 ACS National Meeting in Chicago, IL during the POLY/PMSE award program.